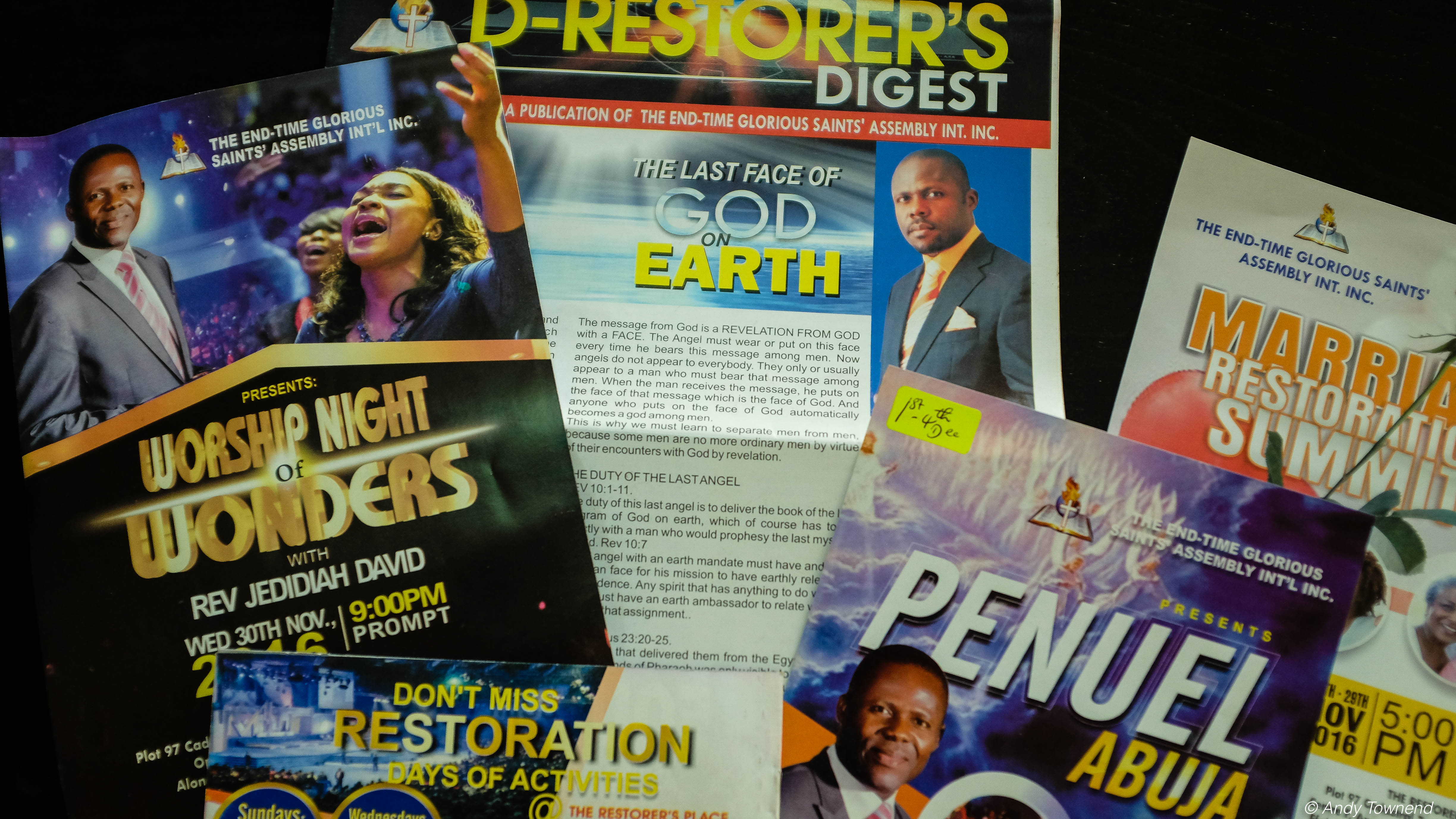 This morning I woke up, attended to various emails, nursed a cup of tea and made a simple breakfast of Kellogg’s Fruit n’ Fibre doused in chilled and sterilised French milk.

And, then I went to church.

And, yes it has been a long, long time since I did that.

Once more, my colleague, friend and guide, David, was by my side. This, my latest quest to see a slice of genuine Nigerian life, far away from the hotels and the trappings of ex-pattery.

We rode in one of the city’s ubiquitous and battered green taxis to a spot on the fringes of town. Two churches faced each other, one, and by far the bigger, appeared to occupy a semi-deserted industrial building (I may write again about the reasons as to why there are so many such buildings, industrial and residential in Abuja), but that is not the point of this post. Out of this larger church pounded the voices of a plentiful and passionate congregation.

The church to which we were bound was a more modest affair, a tent, not unlike the kind of thing used for marriage celebrations in other places. We entered, and there I was, expecting to be able to sit at the back, observe and remain largely anonymous, escorted with David (who seemed to know many people there, but then he would, it was his local church) to a seat not only in the front row but right in the centre. I was then proffered with many pamphlets explaining the role of the church and the many activities organised for the coming week. Oh, and I was a asked to provide my name.

The service, more event than church service, was full of passion, the Senior Pastor, Rev. David Jedediah, led the congregation, microphone in hand and it was hard to remain detached and sceptical. I make no religious comment or judgement here but there was a power in the room. The service was a mix of the familiar and unfamiliar, offerings, annointings and communion a common thread punctuated with long exhortations accompanied by a drummer, organist and a small choir.

Towards the end, I discovered why my name had been requested. Each person in the tent who was a newcomer was asked to stand, and we were then greeted warmly by the hand by a group of what I took to be the elders of the church. Later the Senior Pastor paid a personal greeting and welcomed me to his church.

The finale, and I can only call it that, was a call for produce and offerings for the Thanksgiving service which will take place next week. Offers popped up from around the inside of the hot and humid tent, for peppered fish soup, tomatoes and live chickens.

I do not label myself a particularly religious person but there was, without doubt, something taking place in that tent, and afterwards as the people left the tent. A sense of pride and community and perhaps more, a belief in something that made the trials and tribulations of these people more tolerable, a feeling of a community caring for itself, for those in need.

So, maybe next week I will go back, if only to see what happens to the chickens. 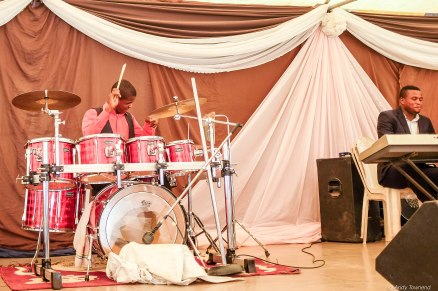 One thought on “the endtime restoration army”