Imagine, if you will, London Heathrow, Washington, Paris CDG or Canberra airports announcing that they will close for six weeks.

And imagine, further, that the alternative routes to your destination, the nation’s capital, are notorious for armed robbery and kidnapping.

Imagine no further. At least, not if you are in Nigeria. For the next few weeks, at least.

The aiport in Abuja, the federal capital of Nigeria, closed a few weeks ago for major refurbishment of the runway.

This, as you might imagine, created a furore in the nation’s press.

Most international airlines declined to reroute traffic to the nearest airport, that in Kaduna.

In response, the government rebuilt the highway between Kaduna and Nigeria, saturated the region with heavily armed (and very polite) armed police officers and troops and invested (well, actually it seems the Chinese invested) in a brand new railroad between Kaduna and Abuja.

Today, I travelled from Lagos to Kaduna on an ageing 737-400, with instructions to don life jackets printed in fading Italian adding to the general sense of adventure. On this trip such aids, whether described in Italian or otherwise, would surely be of any relevance only as the elderly bird arced out over the ocean, before heading north to the dry and distinctly dusty heart of Nigeria.

On arrival at Kaduna, we (and there were quite a few of us) waited in the heat for our bags to materialise on what appeared to be the airport’s sole carousel. I could not help wondering, however sympathetic I might feel to the back story, how this airport could possibly have coped had all the international airlines elected to land here.

Bags secured, I followed my friend and colleague, an eight year veteran in Nigeria, and, eschewing the free bus (which seemed to have modelled itself on Doctor Who’s Tardis) we set off in search of a taxi.

Half an hour later we found ourselves at the modern, well constructed (but tiny) and brand new railway station at Rigasa.

The train, which travels on a single track (just imagine the scope here for malignant mischief) for the two hour journey through the bush comprised of an engine unit, a generator unit, and four passenger cars. One first class, one for those holding an airline boarding card and two for the rest.

The concourse was a bustling mêlée of confusion. No one appeared to know which queue to join and, in the event, which queue you joined, and at what stage, or point in time, appeared to make little difference, to anything (or anyone).

What did strike me was that, despite the confusion, the oppressive heat and humidity, the massive security presence, and the apparent power of folded notes exchanged with furtive glances, the train did board on time, everyone got on (if not all with a seat) and the train left on the stroke of 4pm, precisely as advertised. And no one seemed to get upset at any stage.

Each carriage was heavily guarded with tough, but friendly, Nigerian police and troops wielding machine guns at either end.

The photos I took were tricky as the aforementioned guardians of our security are not known for their love of photography. Added to which, in my defence, I was shooting (mostly) through a misted up window, from a moving train, into the setting sun.

All in all, it was a marvellous adventure, spicy meat pies included, and one which I will soon repeat.

In the opposite direction, from Kubwa.

I just hope they still stock those delicious meat pies. 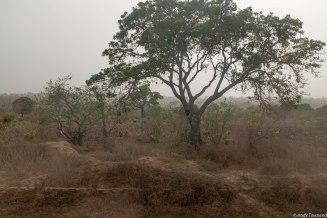 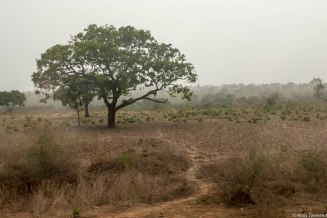 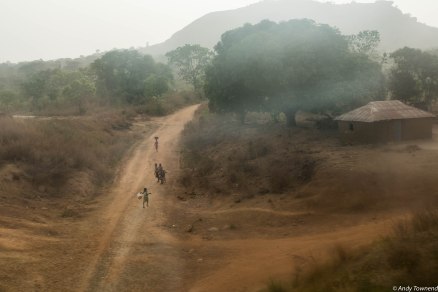 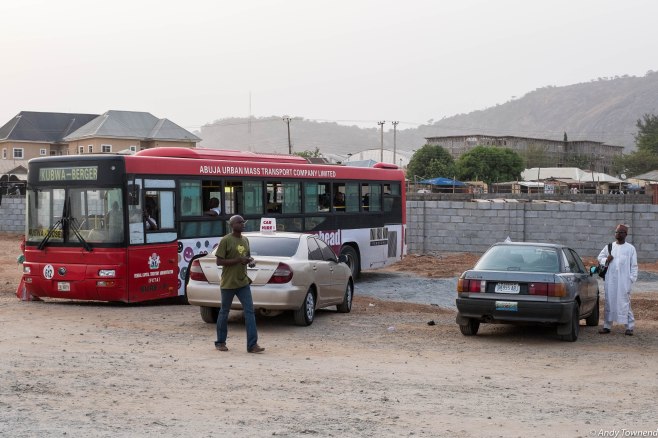